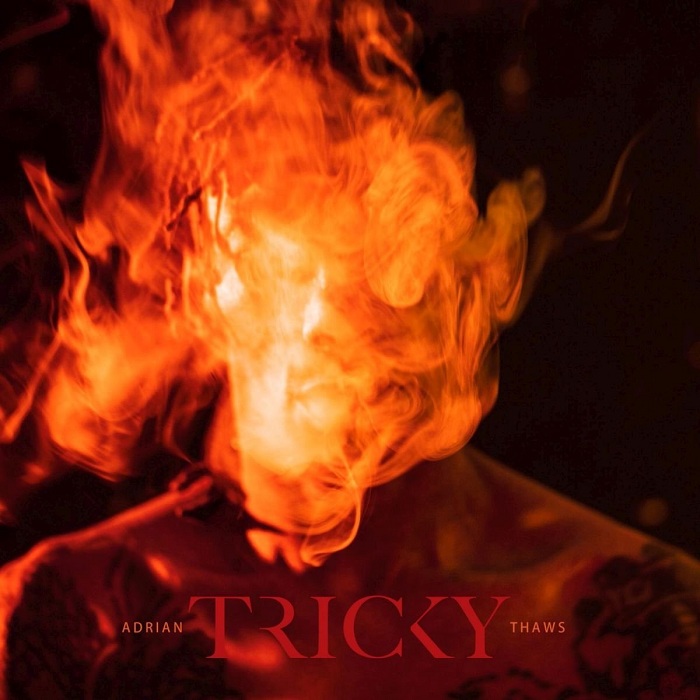 Adrian Thaws has been known as Tricky. A long time ago. Now Tricky's gone. No breaking news, indeed : he was gone before being gone and without being gone (if you see what I mean). Gone since the breakup. Between 1993 and 1998 he was The Tricky Kid, breathing through this spliff-mist he was turning to smooth nightmares. Creating slows that we could listen under the duvet by a wet night, nude and holding a torch (or other hard and oblong stuff). And then someone offered him a ventolin. Perhaps he bought it. He breathed well, he discovered the pleasure of good health... Anyway, after that he broke with his perfect lover, his alter-ego, his one and only muse. Shit happens. His well-known lazy attitude that made him creative made him become arrogant. His complex music turned to a pop complex. Then his trip-hop slowly faded, like smoke in the air. Musical evaporation. Safe rhythm, like safe-sex (less feelings). Some good tracks, here and there, but lost amongst ruins of his great era. Attempts of boys-band music, clean hip-hop, poppy-pooh, and other crimes against good taste. Crimes for common taste. Disguised failures. Penetration attempts with Cindy Lauper were not the worst of his ideas. To be honest, he made much, much worse. Then he became a false idol. A fake Tricky, a clean hooker. A shitty creation of his own, making money for good health. So everyone of us, his devoted victims, tried to find something organic in his music to dig our aural teeth in, listening to his last albums. Pouting. Cursing. But they were just pieces of plastic, with more plastic in the music than the jewelcases themselves could ever contain. Yet we still hoped for a return. Because we are believers, so we believe. From a pout to a shout, we pray for the comeback of The Kid. For the musical disease. Joining our hands in the dark of the night, and remembering how magnetic he was in the mid-nineties. Because music is a drug and a religion, in equal proportions. Because we want to hear the cancer coming back after such a boring chimiotherapy. Health is a deadend for some artists, and Adrian Thaws is one of those. And this last album is some kind of hip-hop pop, amateurish big beat (and even casual electroclash with "Nicotine Love") with nothing good, except maybe this quite weird "Sun Down" and "My Palestine Girl". Disposable songs, once again, with a Tricky trying to make good club music (once again), trying to build Prodigy-like or Mark Lanegan-like moods like a cheap and wannabe badass alchemist. Pardon my english, but it's papier mâché lazy shit. I don't even want to spend more than three lines speaking about this soulless music : it doesn't exist. Adrian... I know that you don't give a fuck about the listeners opinion (we are your moths and moths can be irritating), but enough of that muzak now. You think you're unpredictable, but you became more predictable than Lady Gaga, you are BORING. Kick out this teenage maid. Admitting you're not Tricky anymore with your new album title ? No, it's not a first step for recovery... I mean non-recovery... well, you see what I mean.

I'm going for a walk now. When he opens his eyes, call me.